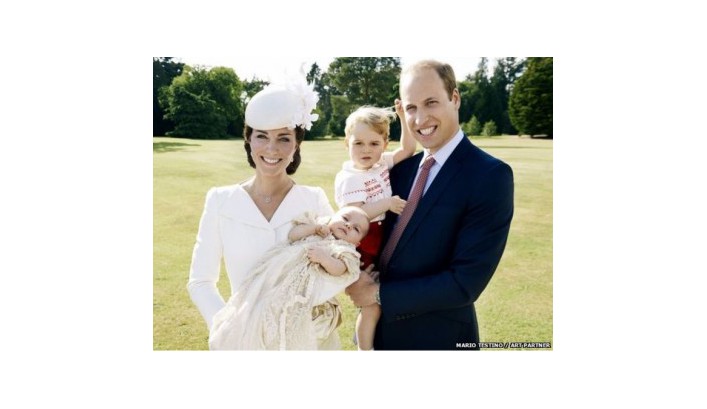 Four official images to mark the christening of Princess Charlotte have been released by Kensington Palace.

In one of the images by Mario Testino, the princess is pictured with her mother and father, the Duke and Duchess of Cambridge, and brother George.

The pictures were taken immediately after the fourth in line to the throne was christened at a church on the Sandringham estate on Sunday.

Among the photos is a group picture of Charlotte's immediate family. That image was taken in the drawing room of the Queen's private Norfolk residence.

Jaylene wrote: log in to reply
I love the photos and the light!
up