All infants in England to get free school lunches 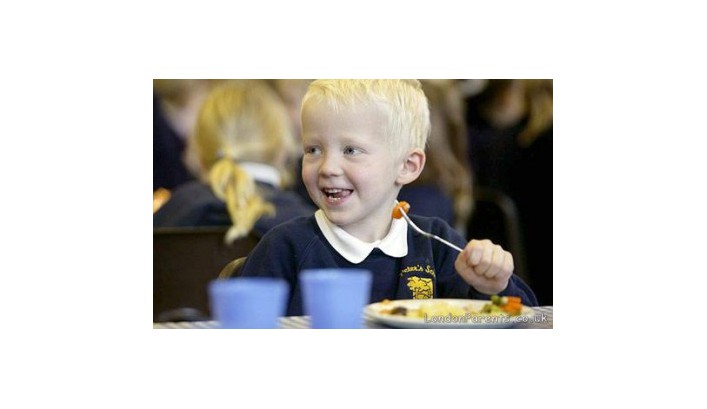 According to BBC News:

The change - for children in reception, year one and year two - will save parents about £400 a year per child.

Targeting infants would ensure "every child gets the chance in life they deserve", teach healthy eating habits and boost attainment, Mr Clegg said.

But Labour said the Lib Dems could not be trusted to deliver.

Money is being provided for Wales, Scotland and Northern Ireland to emulate the English scheme, but as education is a devolved issue, it is up to those running schools there to decide whether to spend the money on free lunches.

Free primary school meals for all pupils was one of the recommendations of a recent review of school food by two founders of the Leon restaurant chain for the Department for Education.

It concluded that packed lunches were nearly always less nutritious than a cooked meal, and that giving all children free lunches would raise academic standards.

The new policy does not ban packed lunches, but the aim is that having the hot, free option, will boost the numbers of pupils having school dinners.

Mr Clegg said: "My ambition is that every primary school pupil should be able to sit down to a hot, healthy lunch with their classmates every day.

"Millions of parents across the country are feeling the squeeze... I am determined to do all we can to help put money back in the pockets of these families.

"We will start with infant school pupils because teaching healthy habits young, and boosting attainment early, will bring the biggest benefits.

"Universal free school meals will help give every child the chance in life that they deserve, building a stronger economy and fairer society."

The move was welcomed by the National Union of Teachers, who called for it to be extended to all primary school pupils.

At the moment free school meals are available to all children whose parents are on benefits or earn less than £16,190 a year.

The Lib Dems also announced that poorer college students will be entitled to free school meals - on the same basis as those studying at school sixth forms.

"The news will no doubt be welcomed by disadvantaged students and their parents at a time when family budgets are being stretched to the limit," said Martin Doel, chief executive of the Association of Colleges.

What do you think? Share your thoughts in the comments below!